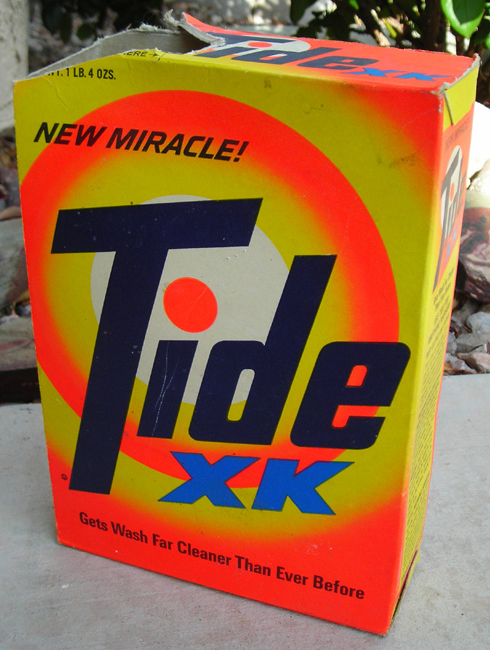 Nowadays, diagonal hazard panels, like the one shown above, use fluorescent, retro-reflective versions of both colors (the orange and the yellow), but when Tide first went Day-Glo in 1959, it was the orange that was flabbergastingly fluorescent.

In 1959 Proctor and Gamble decided to make a change from conventional to fluorescent color on their Tide detergent carton, using Day-Glo printing inks. Sales of Tide surged, and Day-Glo colors became a standard in product advertising and packaging.

History of the Day-Glo Color Corporation

The original Tide box, designed in 1947 by Donald Deskey, used conventional printing inks which were bright, but not fluorescent orange bright.

(Hazard panel specs below are from the New Zealand Transport Agency)

(Another 1960s Tide detergent box, after the fold…) 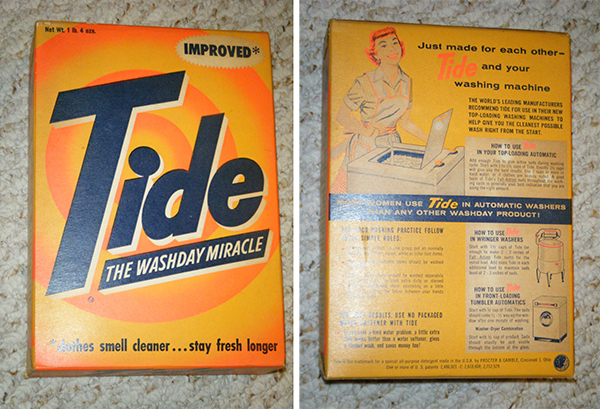 For sale on eBay