Tim Thyzel, whose Endless Column of toilet bowls we featured on Friday, has also done some packaging-related artworks.

Like, Bart Vargas’s later Bottleballs, Thyzel’s Bottlites involved bottles, arranged in sputnik-style, polyhedral clusters. But where Vargas’s finished artworks used the actual bottles, Thyzel used the bottles as a mold to make Hydrocal casts which he then painted. (Although earlier examples from 1990 were white…)

(Many more “Bottlites,” after the fold…) 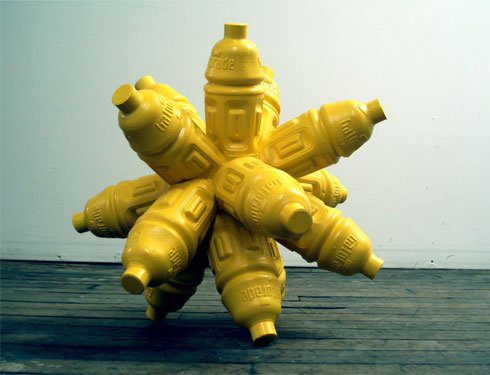 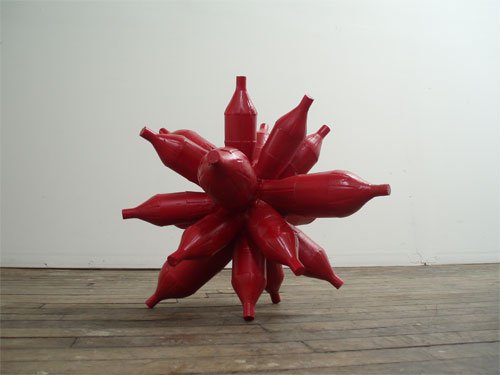 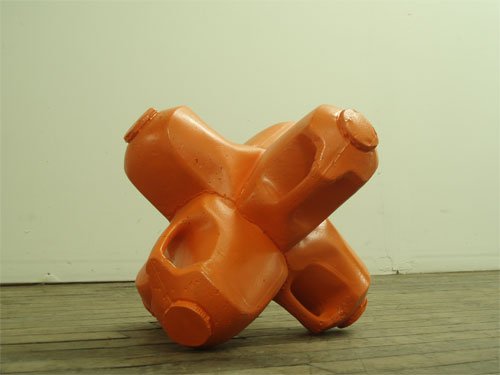 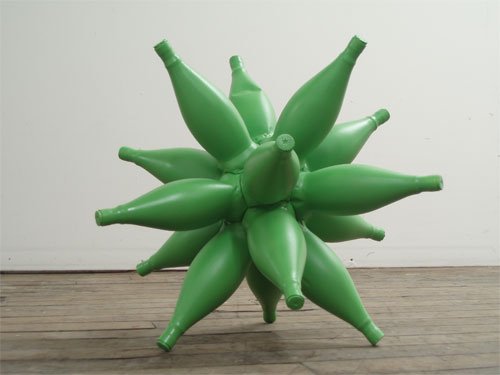 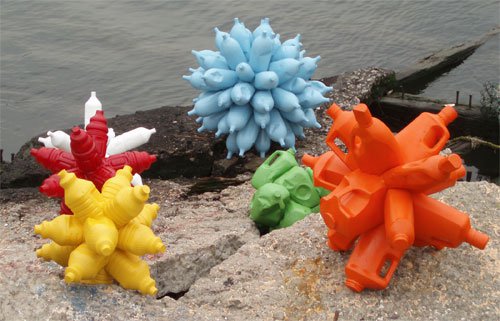