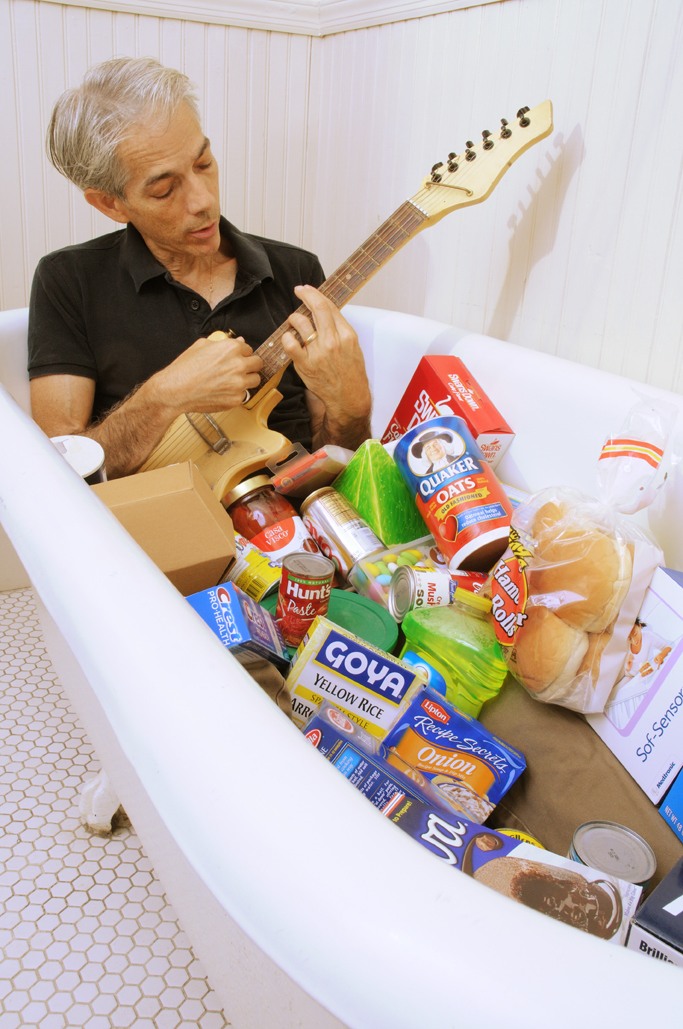 Realizing that I needed a more apropos publicity photo for the upcoming S.A.P. landfill event than the “ye olde” fake-tintype photo I’d been using—(with the Edison Volt guitar, which, while owing a certain debt to cigar box guitars, does not really say “PACKAGING!” in any meaningful way)—I sought a better way to package present myself.

What was needed, I figured, was a photo combining me, a guitar and a whole lot of packaging. After searching the house and failing to turn up any bucket seats or butterfly chairs capable of fully containing me and my groceries, it suddenly dawned on me: the bathtub! Here was not only a practical solution to a logistical problem, but also—(since I care about such things)—an image fraught with artistic precedent. The cover of The Who Sell Out, for example, included packaging, performer and bathtub. (The Mamas and the Papas also come to mind, although: no packaging.)

But after first touting the CD packaging and now the press photo, maybe it's time I reveal a little product…

Here’s a sound clip of the first of 4 “feature tracks” on the Songs About Packaging CD:

Note: The sound file above is just an excerpt of the song. There are other full-length mp3 files available here, but I’m just trying to maintain a little artificial scarcity for these 4 new songs. (And as mentioned before: the entire CD will be distributed for free to all who attend the free landfill performance on Sept. 26th.)