There were lots of uncapped milk-glass containers on the beach—mostly Ponds cold cream jars, but I thought this double-ended jar was interesting. One cavity deep and the other very shallow. No branding, but embossed in the shallow end is, “PATENTS PENDING.” (Note: “Patents” is plural)

We’ve featured a some more recent double-ended package designs, so I was intrigued to discover an older example. A patent search turned up the design patent (below) by Albert Abrams. No longer “pending” as it was granted in 1939. (Although it presumably expired 14 years later, in 1953.) 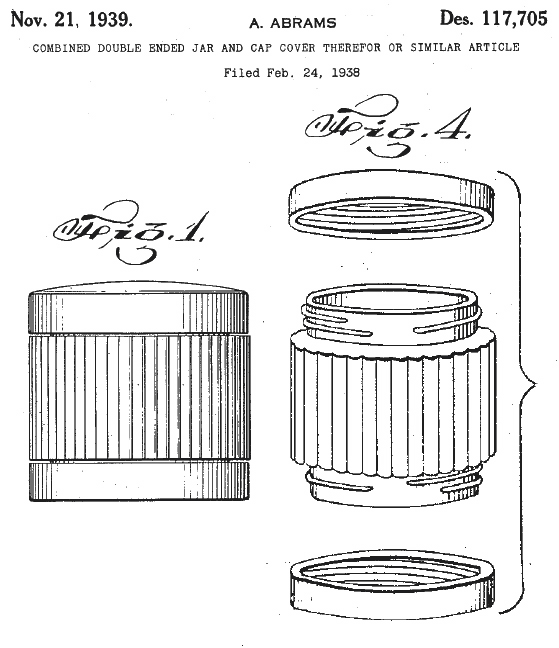 But what did this jar contain? Since it was milk glass (like a Ponds jar) I’d been assuming that it was some kind of combination cosmetics jar. Wrong.

(Abram’s utility patent provides the clue, after the fold…)

Really? Shoe polish? A quick search on eBay reveals another jar, just like mine, but with both caps still in place… 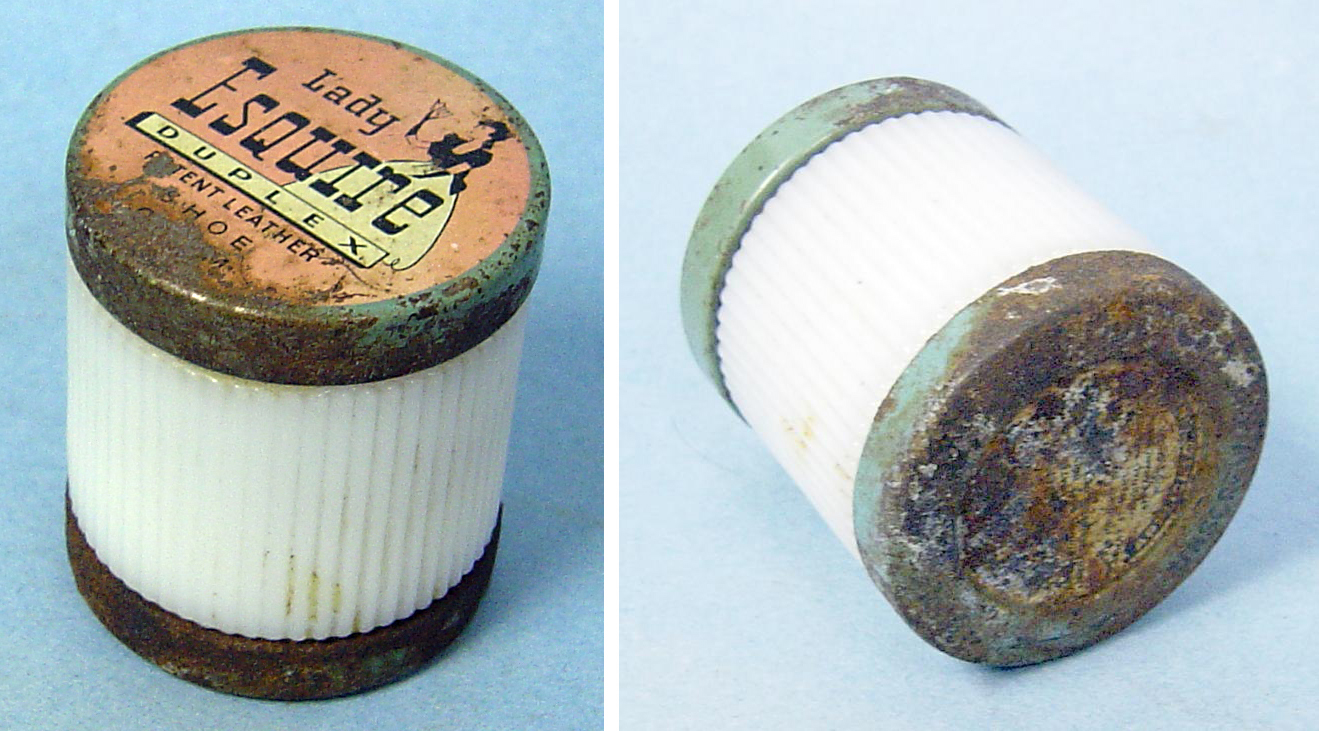 The tendency of these metal caps to rust over time also explains the rusty deposits on my “Lady Esquire” jar.

…and we finally get to see what the Lady Esquire “Duplex Package” originally contained: 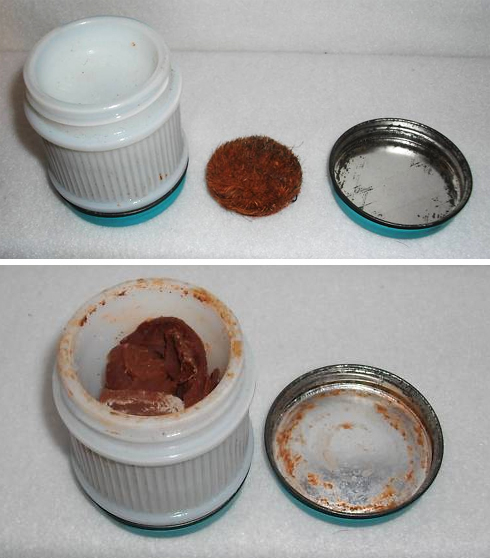