Explanatory tagline: “…flavors so good, they’ve flipped their lids so you won’t.”   (Thank-you to illustrator-designer, Chris Rooney for calling these to our attention!)

Which raises the question, what other brands are upside-down and why?

When a boy opens the wrong end of an upside-down cereal box in this 1991 television commercial for Kix, it’s an adorable innocent mistake. 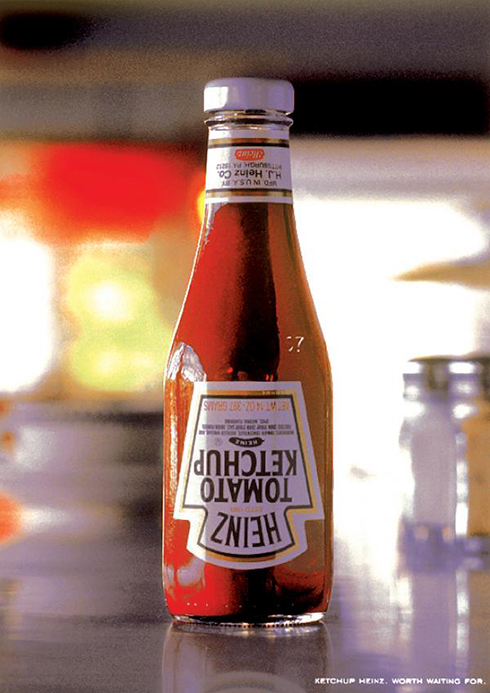 This 2009 print ad for Heinz Ketchup (by Leo Leo Burnett, Argentina) was entitled “Upside-Down Label.” Here, I guess the implication is that the label should be legible while the package is in use?

But with the use of “tottle” type bottles with their wider caps that can serve as an alternate base, the issue of right-side up and upside-down become a bit murkier.

In 2003, when Heinz first came out with their Easy-Squeeze™ bottle, being upside-down was a major talking point. By now, however, I think most people are accustomed to these bottles and don’t even think of them as “upside-down” any more. 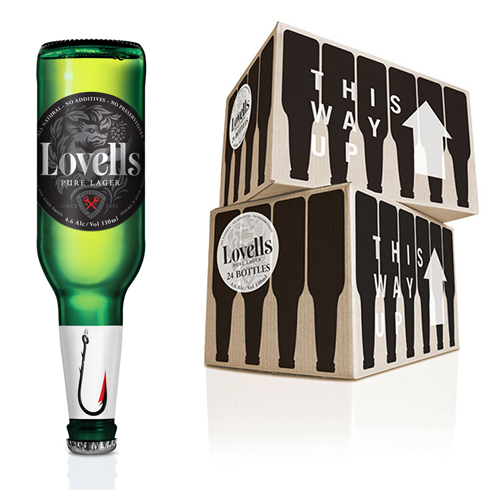 Lovell’s Lager, designed by (designed by Landor Sydney) is upside-down to signal that it is Australian, as in: “down under.” (Several of our other examples are upside-down for the same reason.) Note the orthographic graphic design of the carton. 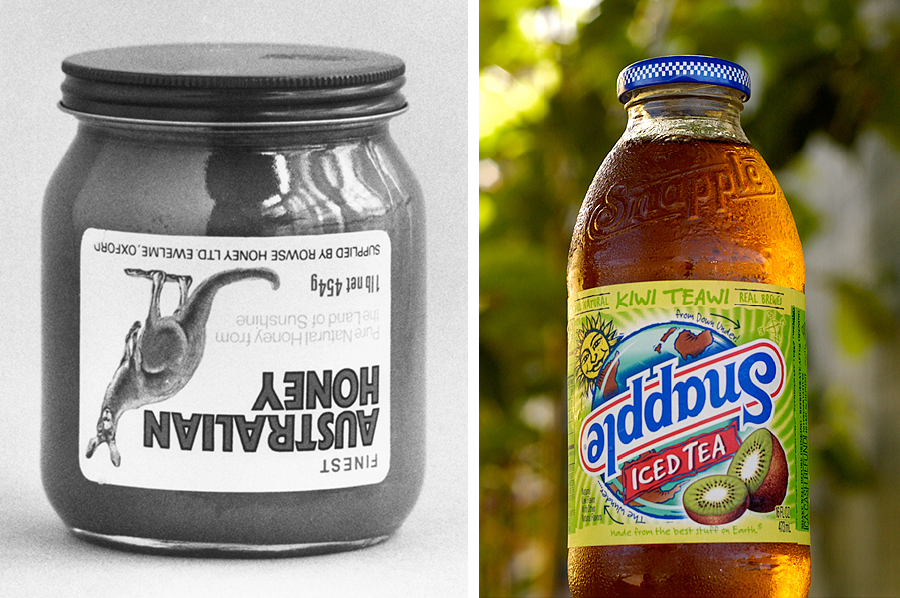 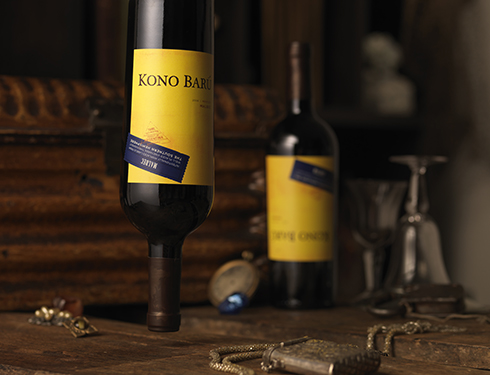 Kono Baru’s wine label is also upside-down for geographic reasons: “The upside-down labels represent the fact that the wines are sourced from vineyards in the Southern hemisphere.” (Australia among other places.)

A lot has been done with upside-down soda packaging…

(Upside-down beverage branding, after the fold…) 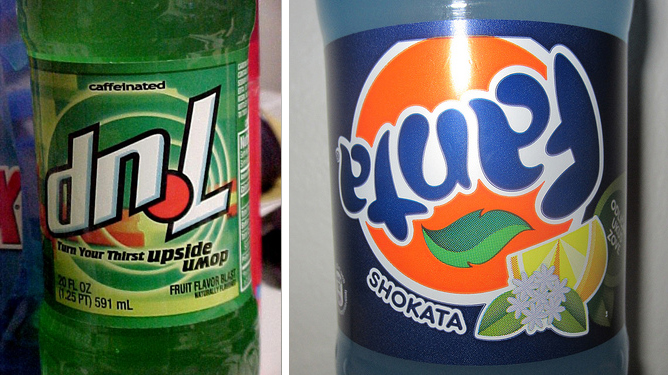 Photo on left of dnL label from Ben Schumin; photo of Fanta Shokata label on right from Like the Grand Canyon’s Flickr Photostream

The obviously upside-down 7-Up logo shown above and below was actually “dnL” brand soda. (Introduced in 2002 and discontinued in 2005)

The product’s name came from the fact that the “dnL” logo is the “7 Up” logo rotated 180°. As such, the product itself was, in many ways, the polar opposite of 7 Up: while 7 Up is caffeine-free, colorless, and comes in a green bottle, dnL contained caffeine and was colored vaguely similar to the green of 7 Up’s bottle in a clear bottle. And while 7 Up has a fairly standard lemon-lime flavor, dnL was lime-lemon flavor.

The limited amount of marketing created for dnL focused on its “upside-down” theme, including its slogan, “Turn your thirst upside-down.”

from Wikipedia’s entry on dnL

“Leading UK soft drinks manufacturer Britvic is turning the labeling on cans of Tango upside down following a dare by social networking site, Bragster.com, to drive sales of the carbonated drink.”

In 2008 Fanta began a “Turn Your World Upside-Down” campaign which included prize trips to New Zealand.