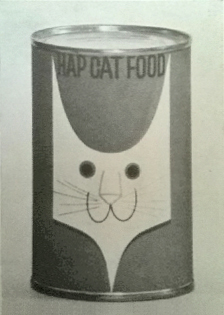 The designer wasn’t credited, but after poking around for a while online I was able to figure out that its designer must have been Vance Jonson—whose “Dici” bra packaging design we featured a couple of weeks back.

What attracted me to the label was the stylized, geometric shape of the cat’s head, with ears and neck, each coming to a point.

Looking into the “Hap” pet foods brand, I was surprised to learn that this shape actually started out as a heraldic device that the brand used in all of its packaging.

What I thought was a particularly apt and artful cat head shape, was actually an abstract logo.

I had also assumed that the “Hap” brand name was short for “Happy” (and that “Hap Cat” was meant to remind 1960s consumers of hepcat), but HAP actually stands for “hearty appetite for pets.”

And while we have some evidence that the Hap Pet Food Company made cat food and dog food, birdseed appears to have been their flagship product. 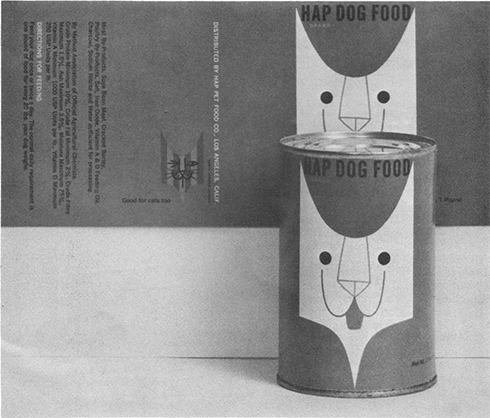 “The friendly mutt on the label of this can of dog food suggests a friendly product.  The shield form framing the dog’s face is used on products of this company.”

(Package design for Hap birdseed, after the fold…) 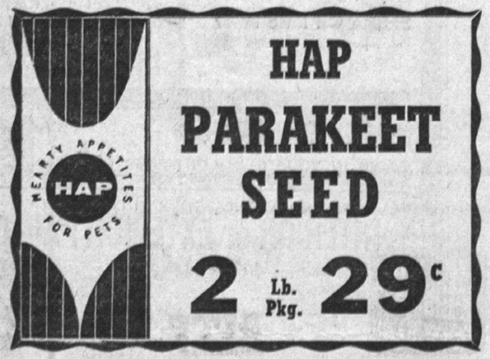 Once you’ve seen the Hap emblem transformed into a (hep-cat) cat head, it’s hard not to see it as a somewhat predatory element on its birdseed packaging—a fox guarding the hen-house sort of thing.

Even so, Jonson’s design for Hap Roller Canary Mix is pretty jazzy… 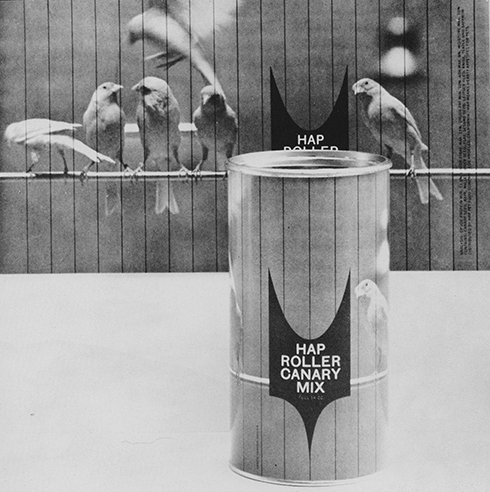 “One of several very successful packages designed by Vance Jonson for the Hap Pet Food Co. The pattern of vertical lines suggests a bird cage, while the active healthy birds shown in the continuous photographic wrap help  identify the product in the mind of the consumer.” 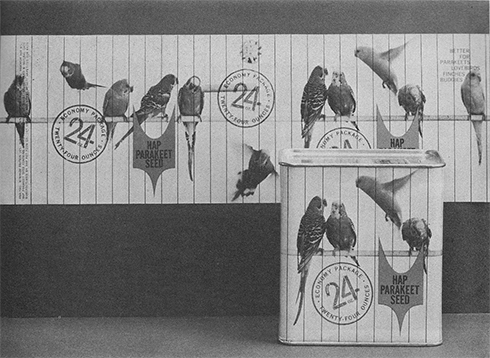