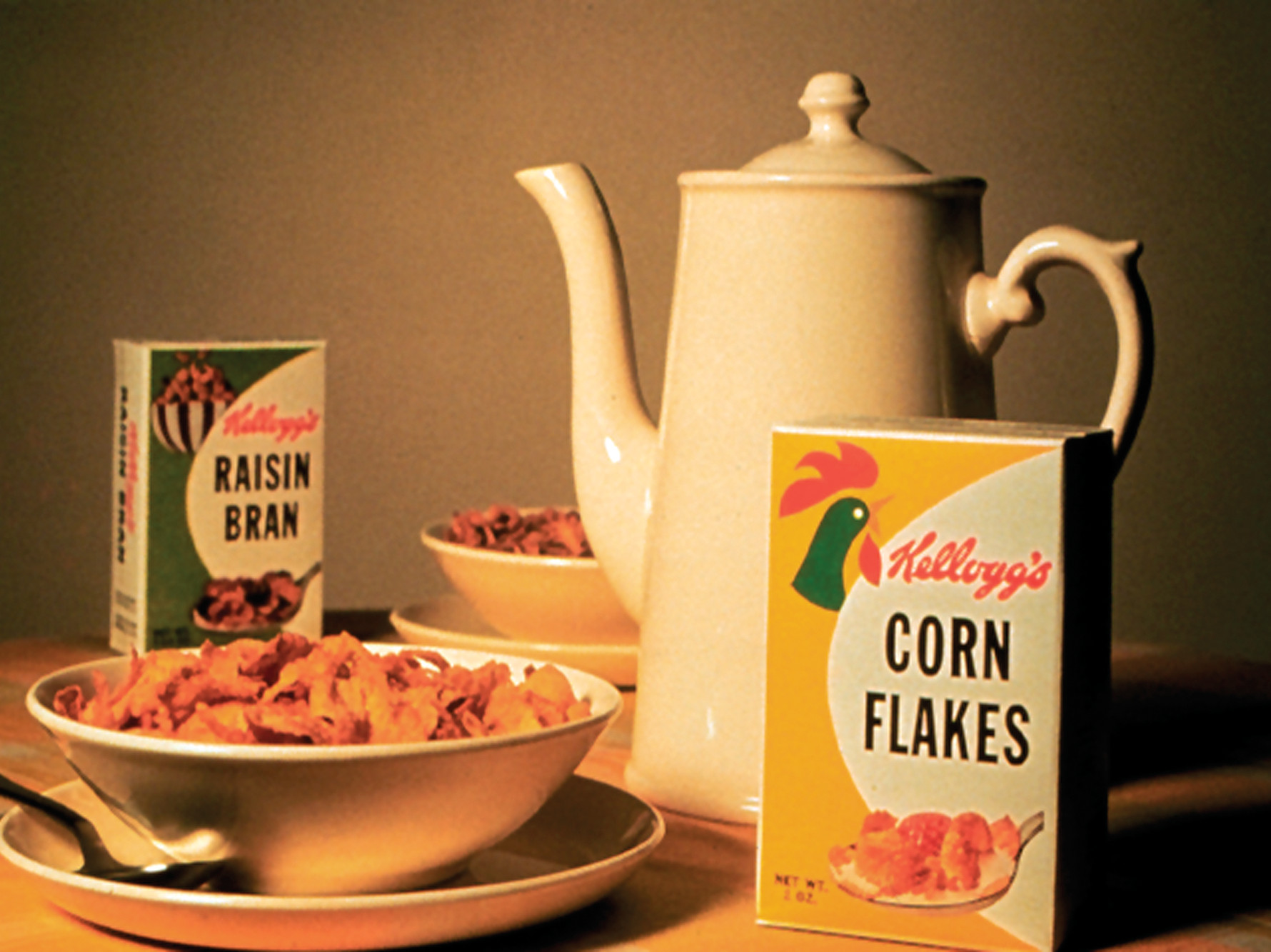 In Japan on a business trip in the early 1960s, Walter Landor and Mim Ryan, his young research analyst, stopped the car on the side of the road to admire a flowering bougainvillea tree. A dapper gentleman with a very European mustache, Landor was an admirer of all things visual, “from beautiful flowers to pretty women,” remembers Ryan. “He got out of the car and I saw him bend over toward the fallen blossoms and pick what I thought was a delicate flower petal. But when he came back to the car, he was holding in his hand a discarded candy wrapper he had found on the sidewalk.”

Landor was already a well-known packaging designer at the time. From his small waterfront office in San Francisco, “a funny little place,” says Ryan, “with a creaking staircase in the middle of the vegetable market,” he had redesigned the Benson & Hedges cigarette packs, the Sapporo beer can, and the Kellogg’s Corn Flakes cereal box (the famous one with the spoon and the rooster).

We featured a 1961 black & white television commercial about these little cereal boxes on boxvox back in 2009. Here now is a later one in color…