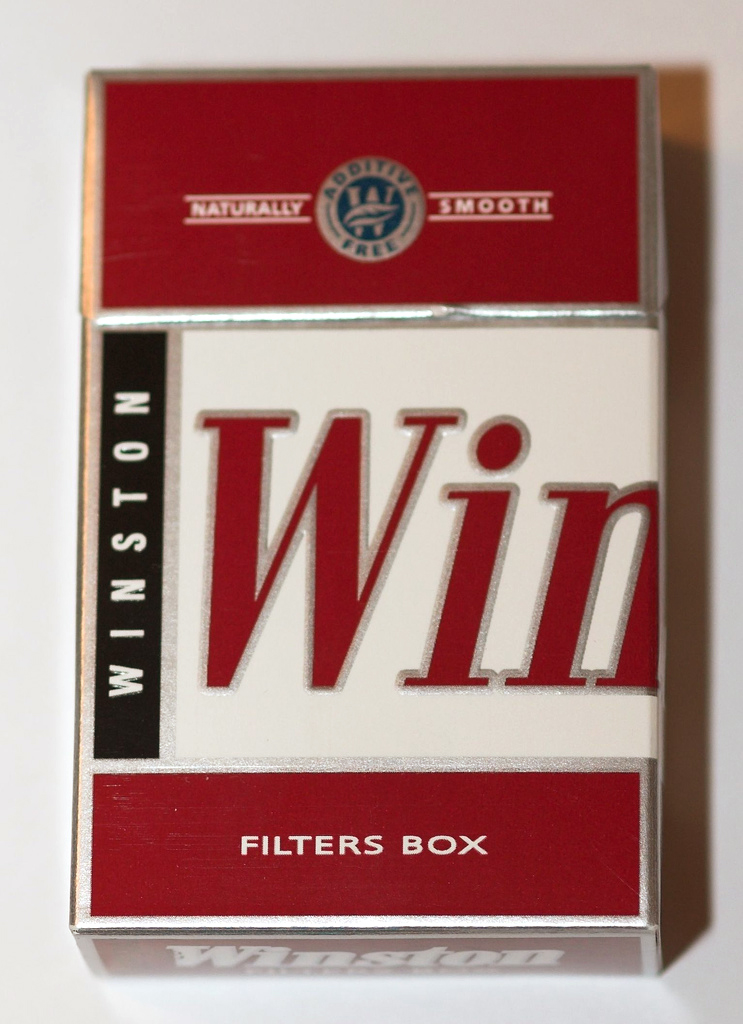 Not sure what year these cigarette packs are from. The truncated typography struck me as a similar package design idea to the recent Turner Duckworth soda can with cropped Diet Coke logo that we were discussing a couple of weeks ago.

Probably not accidental that the portion of the Winston logo that shows here, also happens to spell the word “win.” All of these cigarette packs seem to also come in an italicized version. I have no idea what, if anything, the italic version of this logo might indicate about the product. Other than suggesting Winston’s “winning” forward momentum.

Photos above are from Cigarettepedia. Photo on right is from Roswell62’s Flickr Photostream.

(Some earlier Winston typography, after the fold…)