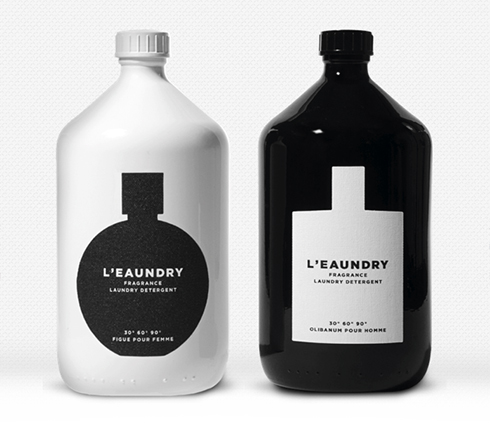 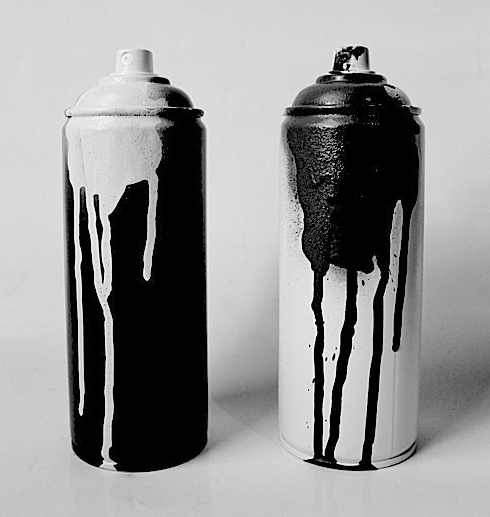 At top: laundry detergent bottles design by Korefe for L’eaundry use a cross-category reference to perfume bottles.

“Bottles in the shape of vintage chemists’ bottles establish the connection to washing agents while the typography and formal style fully invoke the world of fine scents.”

The detergent comes in two scents — one for male and one for female.

The design of the two packages together does that yin-yang thing which reminded me of a photo I’d seen of two dripping spray paint cans.

The spray paint cans photo has appeared on a lot of Tumblr and Pinterest sites starting around 2011, but the original source seems to have been lost. Don’t know who did it. Don’t know whether the image was a photo of a sculpture or if it was taken as a photograph, in its own right.

I do know that it was originally a color photo.

(Yin-yang spray paint cans, in color, after the fold…) 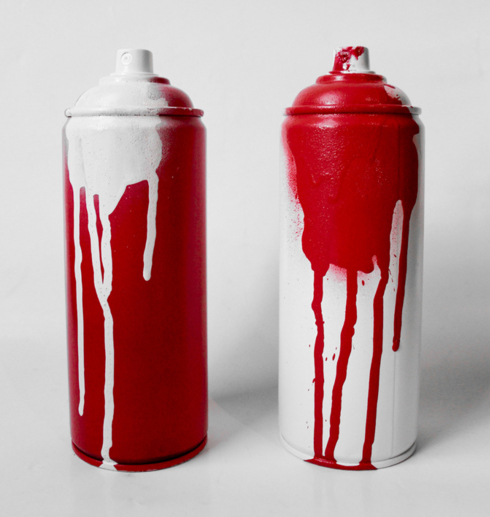 Whose work is this? If you know, please let us know.