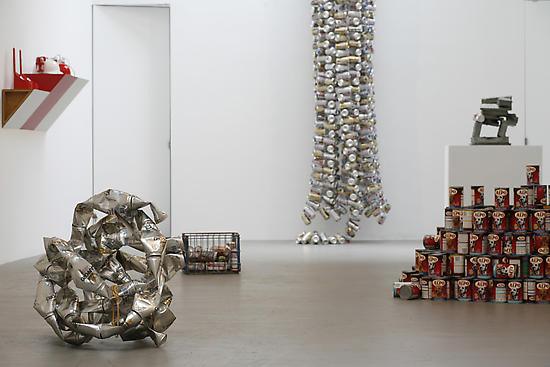 Almost didn’t find out about this show at the Renwick Gallery that’s been up since June 26 and will close on August 2. (Thank you, NY Times.) A show of artwork all about cans…

“…an object so utilitarian and disposable that it is usually taken for granted or discarded, but upon closer examination becomes an effective metaphor for the commerce of human life. Of course, no artist exemplifies this idea more specifically than Andy Warhol, whose Cambell Soup cans conflate quotidian items, advertising and mass production into high art. Cans are one of the most common mass produced items, and they have been memorialized in artwork over and over since Warhol’s soup cans. Another early example is Jasper Johns’ Painted Bronze, casts of Ballatine Ale cans, which were produced as a tongue in cheek sales challenge to Leo Castelli. Now they represent a significant moment in contemporary art as appropriation. This exhibition seeks to illuminate the diversity of ideas and aethestics surrounding a central theme and medium, and to illustrate the art historical significance of the simple can.”

Press release for the show (curated by Claudia Altman-Siegel)

(photos of the artwork after the jump…) 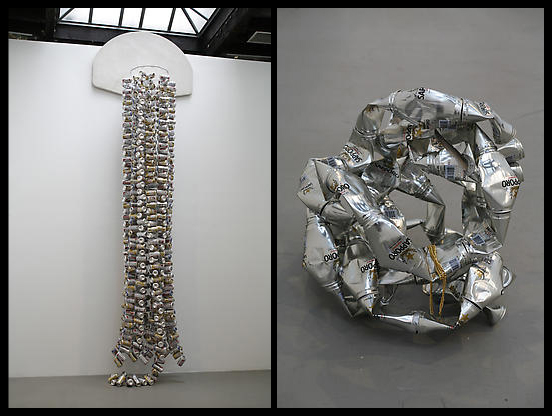 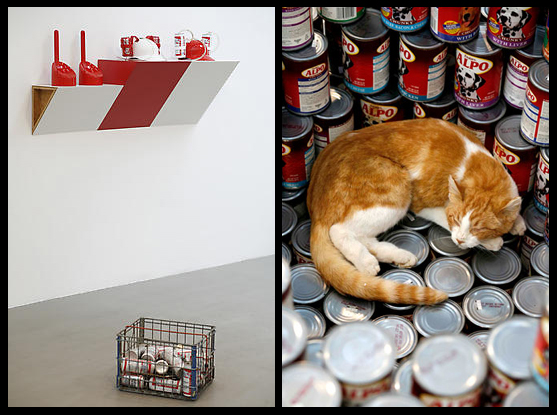 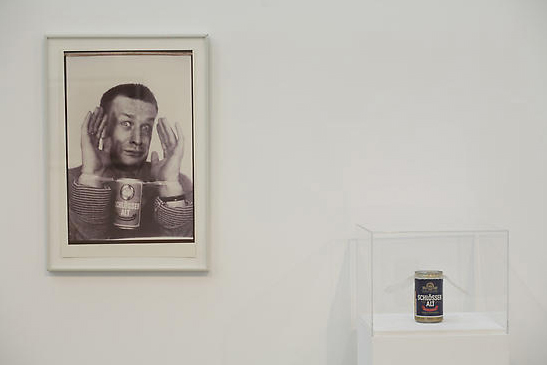